Get to know Jon

Jon Thelen has made a career in the fishing industry for over the past two decades but has been in love with the sport his entire life. Jon grew up fishing on weekends with his father and grandfathers at family cabins in the Alexandria and Leech Lake areas. In 2021, Jon launched Jon Thelen's Destination-Fish Television. Destination-Fish strives to show the viewer great destinations and products while again, sharing tips and tricks to help the average angler catch more and bigger fish!

Was fishing and time on the water part of your childhood?

I grew up in Anoka, MN where the Rum River dumps into the Mississippi River. As kids, my friends and I would ride our bikes to various access points along the rivers to cast from shore for carp, suckers, smallmouth bass, northern pike and walleyes. On weekends, in between sports events, my family traveled to Leeck Lake or the Alexandria areas to each of my grandfathers cabins. I credit my grandfathers and my father for instilling the love of fishing into my life at an early age.

Describe your 'perfect' day on the water.

I really enjoy that sunrise time of day, especially bass fishing mid summer. The sound of the world coming to life combined with the quiet that comes with sunrise is the most beautiful time of the day in my opinion. I enjoy the entire season of open water fishing but I truly enjoy early summer, June to be specific, the best. It seems that all species of fish are biting as the water warms up and the days are long.

Describe the best day of fishing you've ever had.

I have had so many special days as a tournament fisherman and guide that picking out one special day is difficult. Overall, I enjoy watching others catch fish and I have many fond memories of watching guide clients and family reel them in!

When you were growing up, who were the 'fishing heroes' and the people who inspired you?

I enjoyed fishing as a kid, but I really wanted to be a pro hockey player like so many youngsters in Minnesota! When high school hockey came to an end and young adulthood was forced upon me, I took up tournament fishing as a way to replace that desire for competition I had with hockey. I would have never guessed in my early 20's that I would be doing this for a living, but as many things go, the path was somewhat chosen for me. I would call my fishing heroes my father and grandfathers simply because they took me fishing and introduced me to the sport. I have been fornunate enough to have made a living fishing and being part of the fishing industry now for over 20 years. If I had to single out one drive that keeps me going every day, it's teaching people to fish and seeing their success rates go up because of something I helped the learn.

Describe the moment when you knew that fishing was more than a hobby, but rather a way of life.

I tournament fished and guided on Mille Lacs Lake through the early 2000's while I sold Alumacraft Boats for a large Twin Cities area boat dealership and while it seemed a dream to go "full time" fishing, it all began to take shape and come to fruition when I began fishing Professionally on the In Fisherman Professional Walleye Trail. In 2007 I finished the regular season in 9th place in the western division, making the championship. Then in 2008 I finished in 5th place in the PWT Angler of the Year standings. I began working with more sponsors and combined with fishing well at the time, it all came together. In 2012 I launched Fish Ed Television and in 2021 added Jon Thelen's Destination-Fish Television. In many respects, it has been a blur!

When you've had a successful day of fishing on the water, tell us how you celebrate after?

In all honesty, I am not the cook in the family, my wife is a great cook and she cooks fish as I bring it home. We especially enjoy a fish fry when we have company. For us, eating fish is a great meal, but for many it is something they don't get to have that often making it all the better for them!

When you think about the future of fishing, what would you like to influence the most?

I think the future of fishing and the outdoors is a bright one. When I think about my influence, I think about helping people catch more fish by teaching them tips and tricks to be more successful through Destination-Fish Television.

If you could go fishing with any celebrity, who would it be?

I have actually taken several celebrities fishing over the years, Jacque Jones, Kerry Wood and Dusty Baker fished with me on Mille Lacs Lake when they were members of the Chicago Cubs and were in Minnesota to play the Twins in the early 2000's. I also took James Best fishing for a couple days as a guide. James played Roscoe P Coltrane on the Dukes of Hazzard. He shared some great stories as we chased central MN bass.

What's your favorite memory with Alumacraft?

I have been with Alumacraft Boat Co. for over 20 years, singling out memories in that time is hard as there have been so many. I would say that the 2008 Professional Walleye Trail season always stands out as I made a run at the Angler of the Year title that took me all the way to the last day of the season, finishing in 5th place. Launching and hosting Fish Ed TV and Destination-Fish TV while doing it with Alumacraft Boat Co. has been a great memory as well. There are just so many after all of these years!

In prime fishing season, how many hours do you spend on the water?

It is hard to say how many days I spend on the water in a season. It is a lot! Filming TV and fishing for fun with family and freinds all flows together as it is my greatest enjoyment in life. At a minimum, I am on the water 5 days per week. I rely on a lot of tools to be successful, My Alumacraft boat is number one but from there, my Minn Kota and Humminbird electronics. I have worked with so many great companies and brands over the years and they have all helped me catch more fish!

What advice would you have for someone who is just starting to discover the passion of fishing?

Just simply enjoy your opportunity to go fishing. It is one of the few pastimes that you can participate in and enjoy from childhood to retirement and in between! 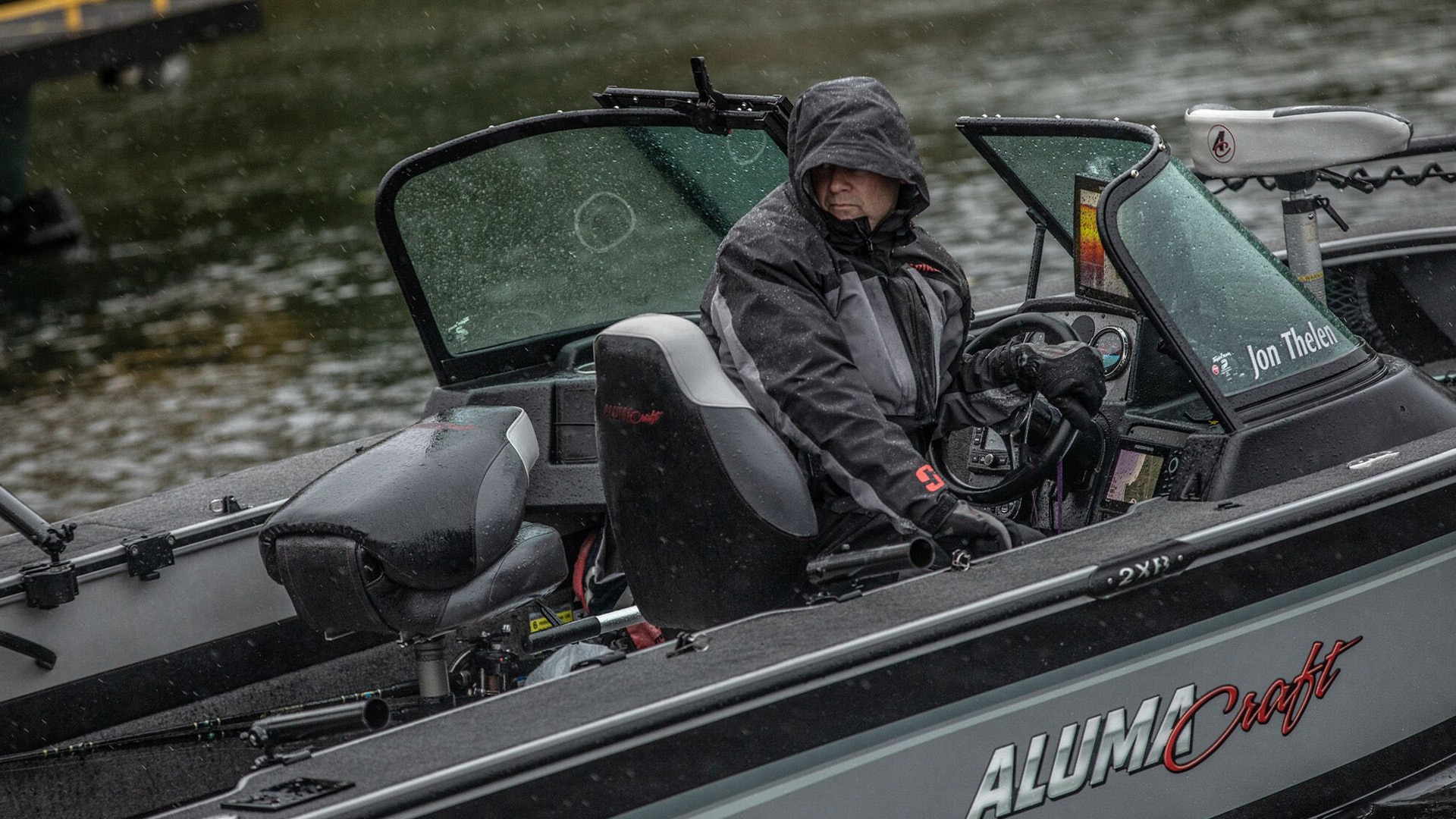 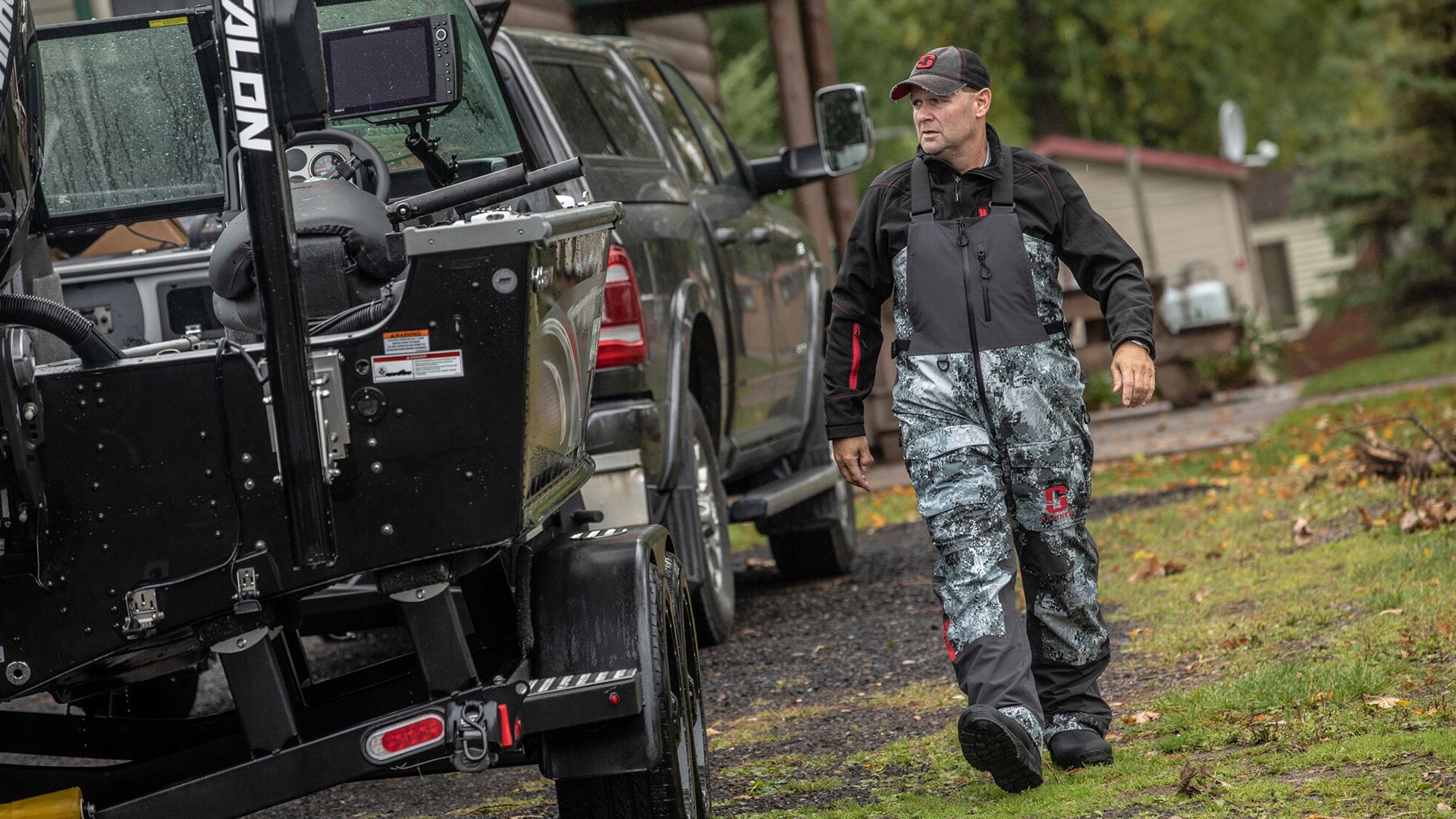 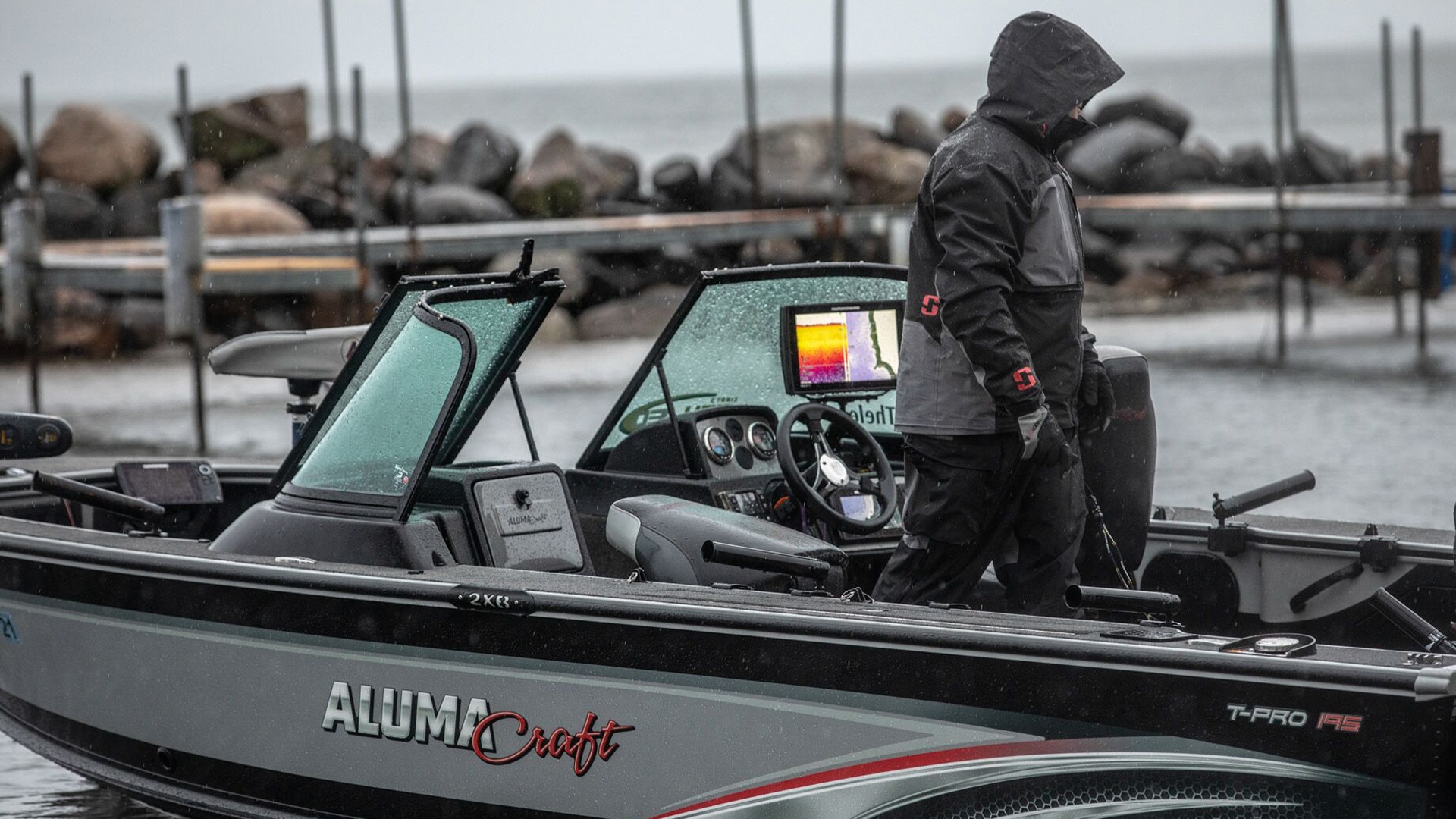 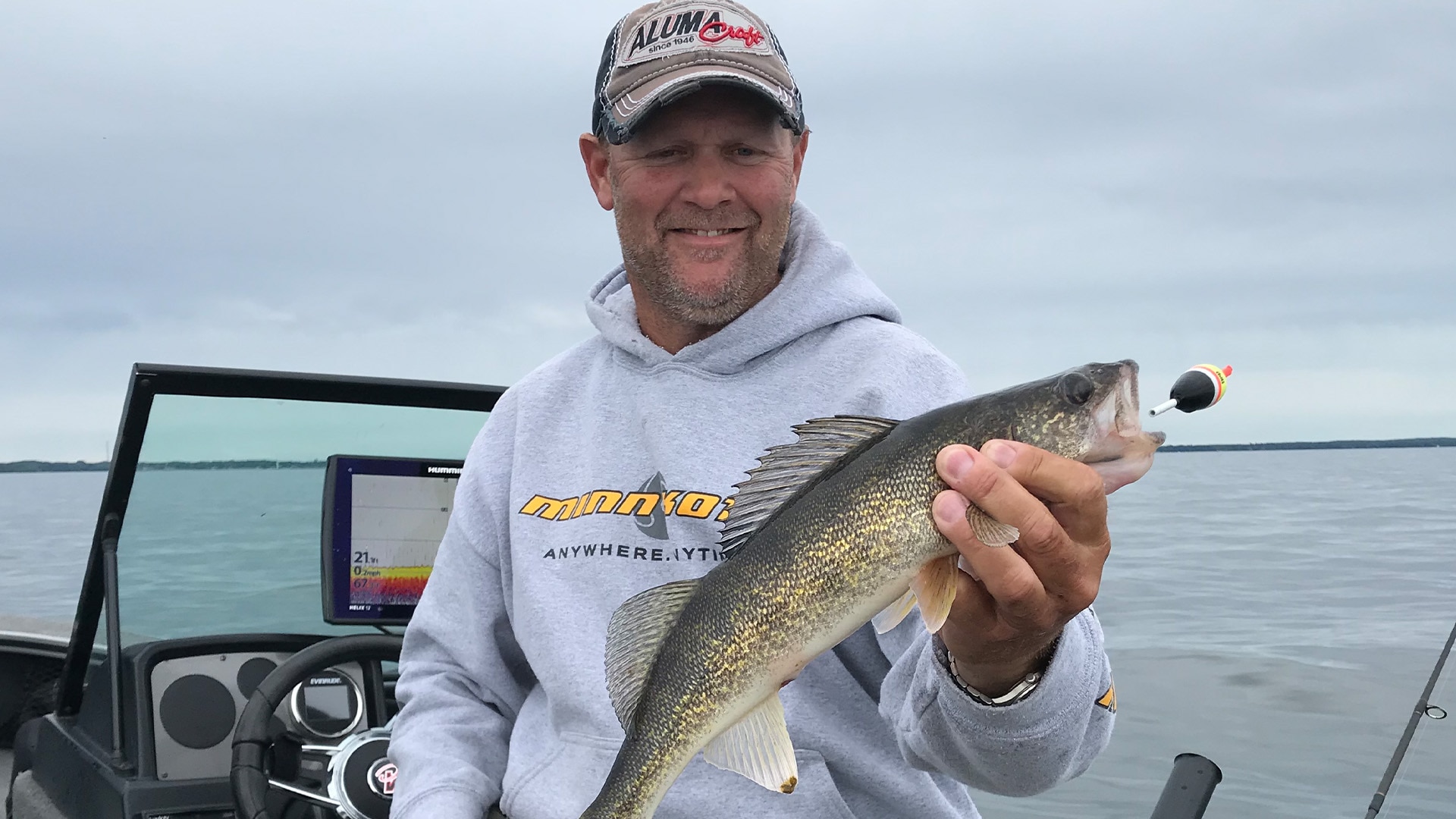 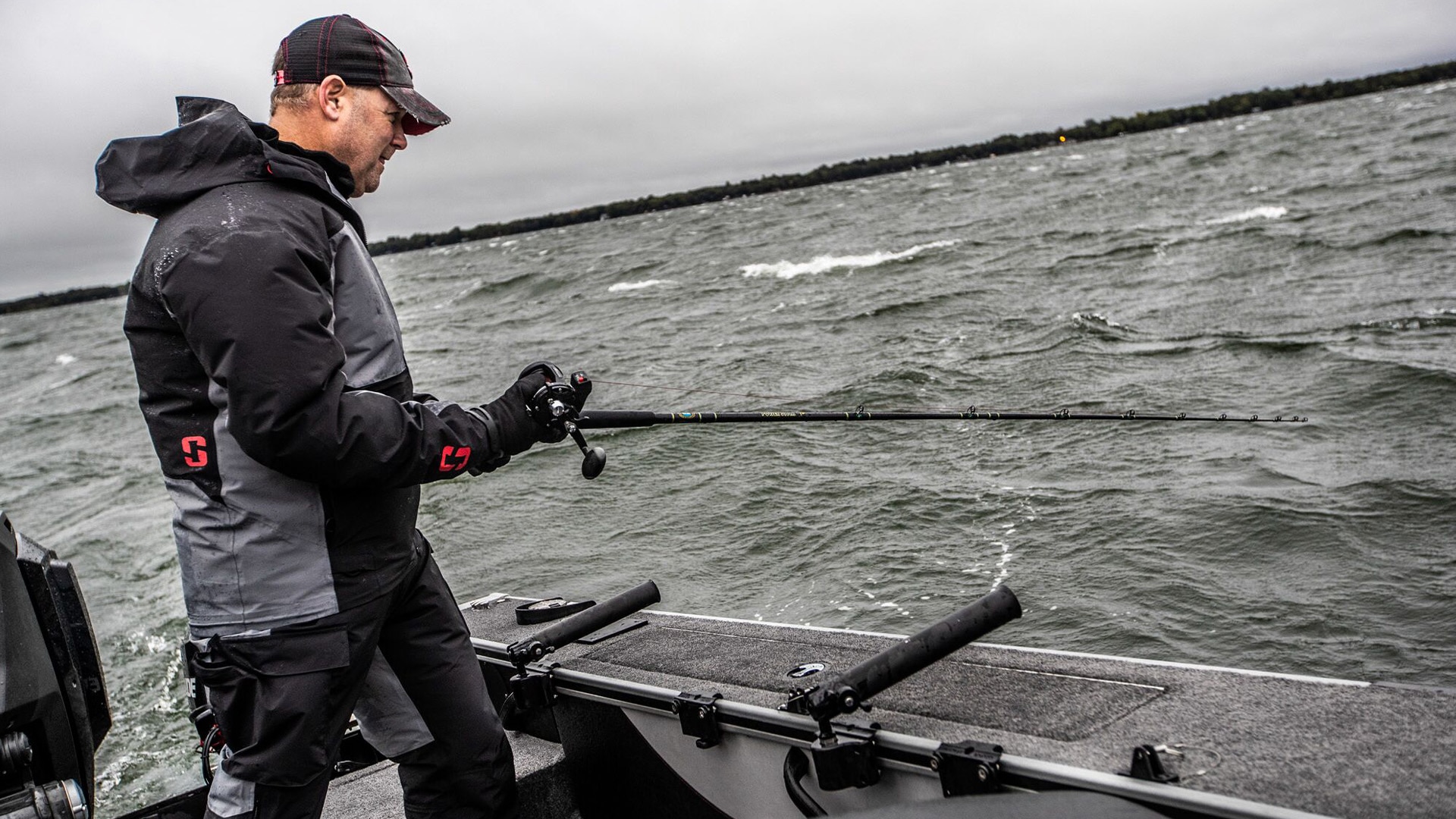